For almost a decade, the staff of The International Outsider have by means of undercover work been able to gain full access (more than the authorities), to the people of South Africa who live on the street, in the bush, in the mountains and on the fringes of society. This has led us into areas that we cautiously entered and though wary of the level of violence, we were very pleased with the copious amounts of information that we were party to. Much of it was involved in direct tangible criminality on the part of the people we mixed with and lived among.

Their criminal actions were mostly very minor but by sheer scale of numbers had an appreciable impact on their localities and the quality of its inhabitants. This in turn gave us a different perspective on the authorities as we could monitor their handling of a situation and whether this was corrupted in any way by either of the parties involved. Our understanding of their daily lives and also the mental states that went with them increased dramatically as a picture emerged of a society living side by side and inside the accepted version of society. Though visible to the naked eye, it went unnoticed and was ignored unless it crossed the path of the rest of the population. Yes it was observed by the authorities and helping sectors (like NGO’s, Charities etc.), however their agendas did not give them the unvarnished truth as their targets (the street people etc.) had definite agendas of their own to enable them to be given as much help as possible so the truth often went out the window.

"...The people of the ‘streets’ are a mainstay of many sectors of the economy both local and national... 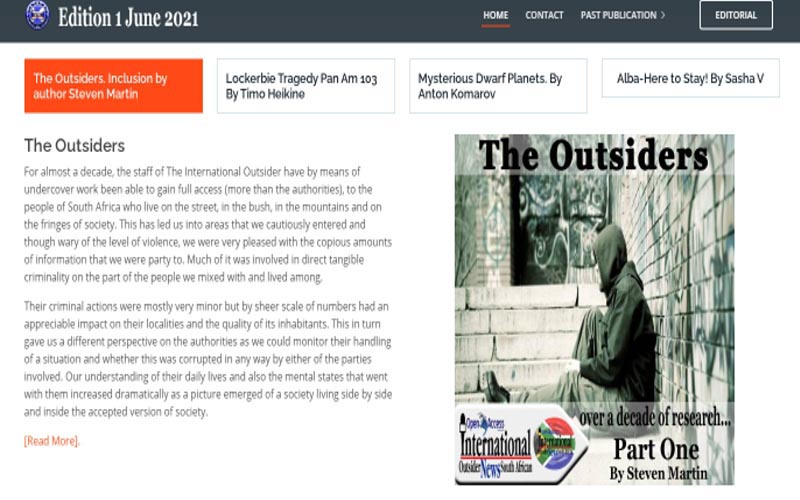 One of South Africa’s growing problems is how to resolve the inclusion into society of the marginalised sectors of its population. This is further complicated by the fact that a sizeable proportion of it is composed of Asylum seekers and Illegal migrants who further complicate the matter by being very wary of any form of ‘officialdom’ and not being settled consistently. The people of the ‘streets’ are a mainstay of many sectors of the economy both local and national and provide a large part of the underpaid workforce whose working conditions and legal rights do not even begin to approach the requirements laid down by Law as regards employment.

With regard to the legal economy, they provide taxation through their purchasing power as the majority of transactions incur Sales Tax at point of sale which undermines the fallacy about them not adding anything to society financially but only being an ever increasing burden. It is true to say that they cannot pay for many of the services they use like the medical, legal, educational services or that they are subject to like the Court system but they are not the enormous drain on resources that politicians use as a convenient tool at election time to hoodwink the electorate into voting for them. An increasing problem is that the sheer scale has become more unmanageable due to the influx of economic migrants from all over Africa and the ever growing movement, especially by the young, leaving the rural areas to go to the urban conglomerations.

The need to survive on a daily basis with no possible nest egg to fall back upon in times of necessity leads to there being a very thin line between morality and criminality. Many only live on an hourly or immediate time scale as the “now” is ever present and they literally have nothing, no food, no shelter and only the clothes (in whatever state) on their backs and no more. This makes many of them live on the razor’s edge at all times so they become opportunists and though they may not have intended to commit a crime, if the opportunity arises they will most often take it. As usual, some of them will weigh up the consequences but at least half will not. This leads to the surreal situation where the mugger, the thief and the fraudster who will not employ their talents on their own neighbours are not either rejected or face disapproval from those they live among. If they do attack, rob or con those they live among, then heaven help them.

"... the lack of cleaning facilities like toilets, showers or the ability to wash clothing and all forms of common decency go out the window ... 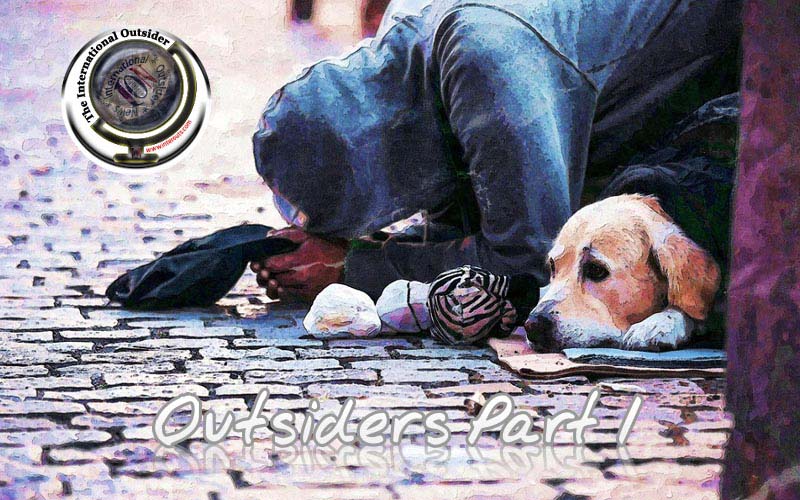 Punishment is meted out violently with severe beatings being only the start and often leading to disability and ultimately death. It is only too easy to point the finger and say poverty is no excuse to commit crime but when days pass without even minimal food, the need and drive to survive overcome any form of moral unease and lead directly to action. On many occasions we witnessed first hand the drive to survive overcoming any form of logic or prevarication as many we spoke to and moved among really had not eaten for three or four days at a time. Add to that the sleeping rough where you are never safe from attack unless in a group, the lack of cleaning facilities like toilets, showers or the ability to wash clothing and all forms of common decency go out the window. A cigarette or stub of one was and is still asked for should you be smoking when around them and they collect the cigarette butts lying in the gutters and on the pavements and roll them into smokes.

"...was within minutes surrounded by ‘tsotsies’ who insisted on walking me safely through the worst part of the town as it was not safe for me....

This does not by any means imply that they are heartless, cold and without empathy as some of the actions we witnessed (and took part in) where absolutely extraordinary in the warmth and honesty that went with the help they gave not just each other but unknown people from all walks of life. We saw an instance of local people helping not just with sympathy but also food, tea and money for the journey home a woman who had been mugged by ‘tsotsies’ or muggers and she was not someone they knew but an innocent member of the public. On another occasion I walked back from Tembisa Hospital at 2 o’clock in the morning and was within minutes surrounded by ‘tsotsies’ who insisted on walking me safely through the worst part of the town as it was not safe for me. They almost forcibly ‘gave’ me cigarettes and when they left me to continue my homeward journey, they took me to a house where the occupier insisted that I had a cup of tea and a sandwich as I had a long walk ahead of me. I had to walk as the Taxi’s had stopped running at 8 o’clock in the evening.

We daily saw street people themselves give money or food to drug addicts knowing full well where their support would go which was more than most of the working and middle class did. They were the proverbial rough diamonds who if given the chance, the training or the help could in many instances become good and worthwhile members of the community and who when put into secure lifestyles that were mainly legitimate, often helped locally with measures ranging from clothing, blankets and food distribution to running ‘soup kitchens’ on a periodic basis. This was mostly paid out of their own pockets and distributed among the street people and poorest of the poor, especially those sleeping rough.

In the next edition of The International Outsider, we will examine in depth a few of the lifestyles we encountered and the often colourful and bizarre characters we met. The insights we gained first hand have given us a very detailed view of the survival tactics employed and how the instigators of the criminal actions went about them, often under the noses of those purportedly upholding the Law and often with their tacit consent be it for remuneration, information or future application of pressure. The very complexity of the relationships between those living on the streets and their expenditures are part of the picture of the interrelated mutual using of each other for purely selfish and in most cases, negative outcomes. They are a part of the society we say we live in and in order to include them and overcome any negative impact they have on it, we have to first understand why they are where they are (which for the most part we do) and then decide on where the focus of how to resolve the issue lies.

Relevant On The Internet

BBC Future September, 2020
The weird space that lies outside our Solar System...

The Postil September 1,2022
Our Latest Interview with Jacques Baud

Archeology S.A Jun 28, 2022
Fossils from Sterkfontein Caves are Much Older ...

What is not written does not exist.